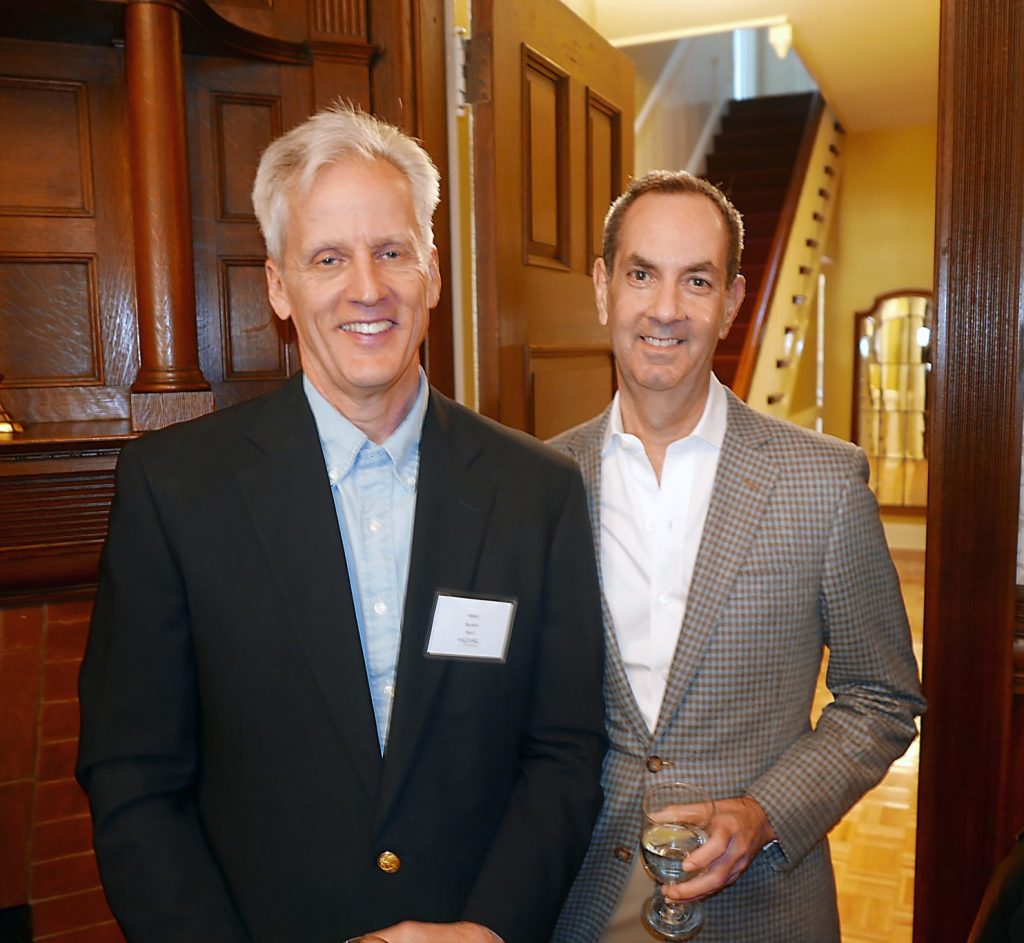 Stuart Sadick grew up in Worcester, then left and thought he would never look back. Now a resident of Newton, MA for over 20 years, Stuart is finding new ways to connect to his hometown.

Growing up, Sadick never came across ArtsWorcester. While attending the “Tunnel” event at Preservation Worcester in 2015, he met Juliet Feibel, Executive Director, and came to learn about ArtsWorcester and the ever-growing local cultural district. Sadick admits that before that encounter, support for the arts was not at the forefront of his mind. He and his husband, James Bryant, were active with a number of non-profits and causes, including The Second Step, Massachusetts Citizens for Children, and Jewish Family and Children’s Services. Through conversations with ArtsWorcester artists and community members, he realized the impact of accessible high quality art, created by living artists. “To really thrive as a rich community,” says Sadick, “there has to be a thriving arts community. It can’t all be about big business and great restaurants. There has to be culture–culture that is current and ongoing.”

A new appreciation for how the arts touch life began to flourish. Sadick recalls spending more time reflecting on his experiences in art class as a child and the effect it had on him personally. Shortly thereafter, he began supporting ArtsWorcester’s Annual Fund and Framing the Future. “Whether an artist or not, you have to support the arts. Without it, life would be so dull,” he explains.

Now that Framing the Future has finished successfully, both Stuart and James are enthusiastic about their investment. They note that their support in Worcester has a greater impact than in Boston, and Stuart is excited about the direction his hometown is taking. Giving back to Worcester, and discovering a passion for the creative community, has been uniquely gratifying. “When history is written,” says Stuart, “[the relocation of] ArtsWorcester will be viewed as a pivotal step in the transformation of Worcester.”

Click here to learn more about the different ways to give to ArtsWorcester. We thank Stuart Sadick and James Bryant for their generous support.