ArtsWorcester > Leslie Schomp: With You Here Between

ArtsWorcester exhibitions are sustained in part by the generous support of the C. Jean and Myles McDonough Charitable Foundation. 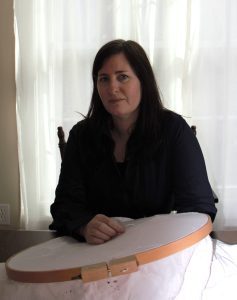 My hair drawings are rooted in a tradition of using hair as a material that is humble, devotional, genetic and of “natural” origins. Images of the self and the natural world are displayed in found antique frames and grouped to create suggested stories and feelings. The frames emphasize both equality and individuality of each image. They also explore ideas about various states of the self and human psychology. This work is devoted to seeing myself as part of nature instead of apart from it. Victorian hair tokens and wreaths have long fascinated me as a source of inspiration. Hair itself, both sensual and disgusting, becomes a medium of tension. As a medium, it shows that a drawing can be both illusion and object.

I received my MFA from the Massachusetts College of Art and my BFA from Florida State University. I am senior lecturer who primarily teaches drawing in the Visual Arts department at the College of the Holy Cross, where I have taught since 2000. My home is in the country in Massachusetts. Landscape is a powerful visual in my everyday life. As a gardener I am struck by the heartache, fear, desire, violence and beauty of the natural world. My work consists of drawings and sculptures created with textiles. Each piece is an investigation into how I see myself as “part of” instead of “apart from” nature.

My stitched works were recently included in Threads: Contemporary Embroidery Art, by Charlotte Vannier, published by Thames and Hudson. This book featured the work of eighty international artists who use embroidery as their mode of expression. In 2008 and 2022 I was a finalist for the Massachusetts Cultural council artist grant in Drawing. Recent exhibitions include a 2020 solo exhibit at Fitchburg State University. I was an artist-in-residence at Fruitlands Museum in 2021 where I made a series of embroidered samplers using the written text of Louisa May Alcott from her childhood diary. This work was included in the group exhibit Artists and Language at Suffolk University Art Gallery this year.

Below, view artworks from Leslie Schomp’s With You Here Between accompanied by readings that inspire the artist. 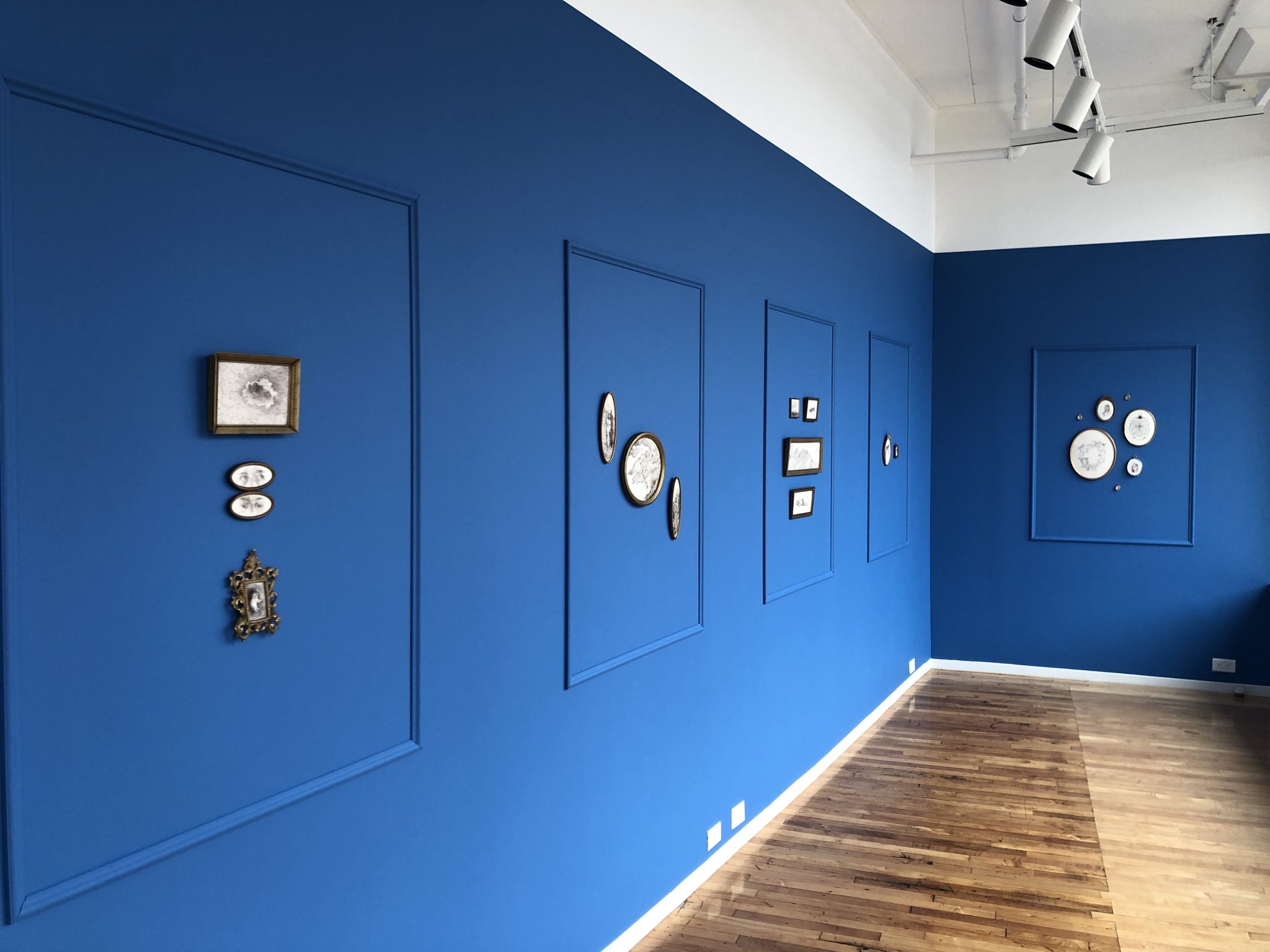 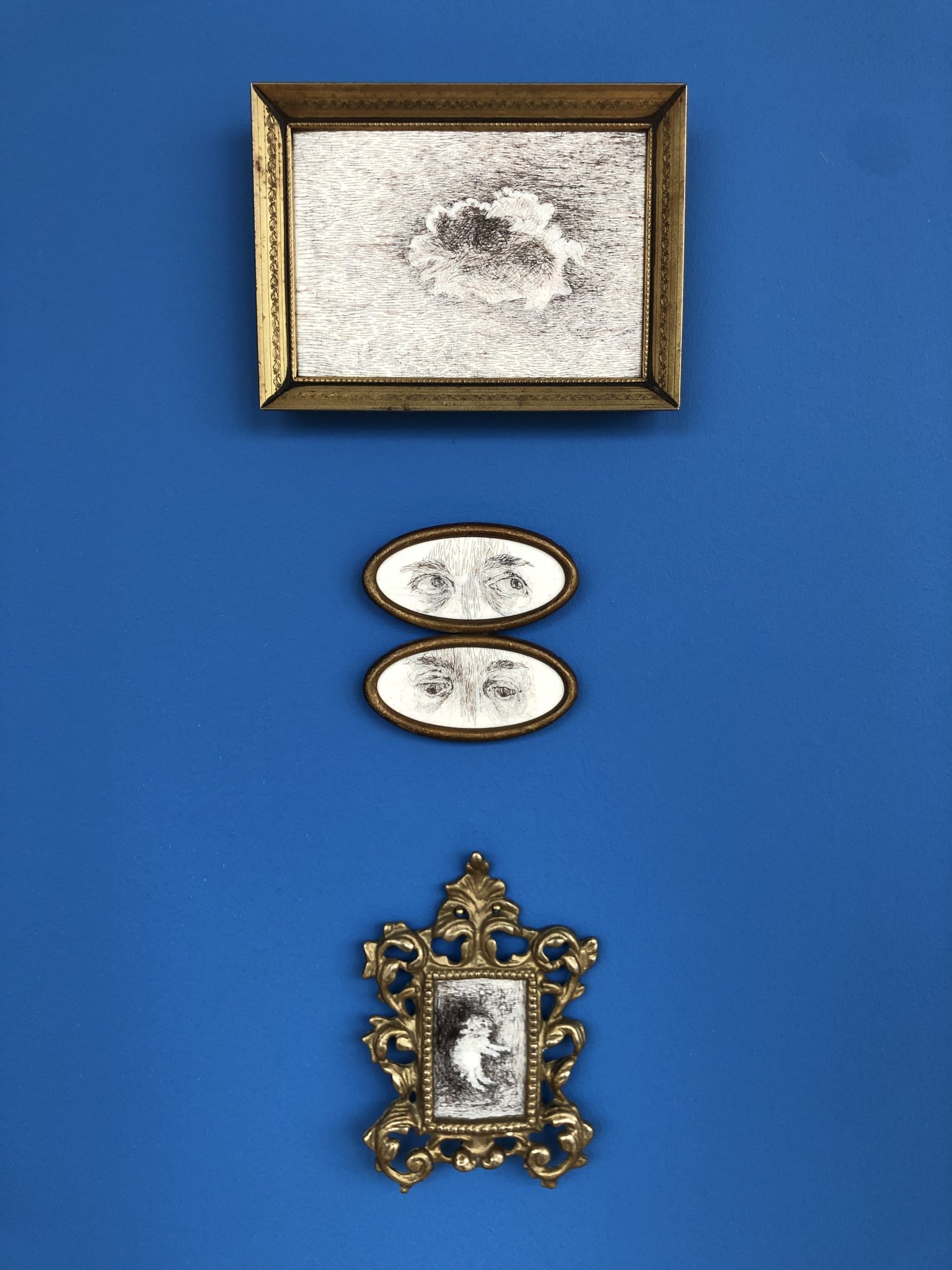 "Standing on the bare ground, - my head bathed by the blithe air and uplifted into infinite space, - all mean egotism vanishes. I become a transparent eyeball; I am nothing; I see all; the currents of the Universal Being circulate through me; I am part or parcel of God"

Iris Murdoch, from The Sovereignty of Good

"Following a hint in Plato (Phaedrus 250) I shall start by speaking of what is perhaps the most obvious thing in our surroundings which is an occasion for ‘unselfing’, and that is what is popularly called beauty. Recent philosophers tend to avoid this term because they prefer to talk of reasons rather than of experiences. But the implication of experience with beauty seems to me to be something of great importance which should not be by-passed in favour of analysis of critical vocabularies. Beauty is the convenient and traditional names of something which art and nature share, and which gives a fairly clear sense to the idea of quality of experience amid change of consciousness. I am looking out of my window in an anxious and resentful state of mind, oblivious of my surroundings, brooding perhaps on some damage done to my prestige. Then suddenly I observe a hovering kestrel. In a moment everything is altered. The brooding self with its hurt vanity disappeared. There is nothing now but kestrel. And when I return to thinking of other matter it seems less important. And of course this is something which we may also do deliberately: give attention to nature in order to clear our minds of selfish care. It may seem odd to start the argument against what I have roughly labelled as ‘romanticism’ by using the case of attention to nature. In fact I do not think that any of the great romantics really believed that we receive but what we give and in our life alone does nature live, although the lesser ones tended to follow Kant’s lead and use nature as an occasion for exalted self-feeling. The great romantics, including the one I have just quoted, transcended ‘romanticism’. A self-directed enjoyment of nature seems to me to be something forced. More naturally, as well as more properly, we take a self-forgetful pleasure in the sheer alien pointless independent existence of animals, birds, stones and trees. ‘Not how the world is, but that it is, is the mystical’." 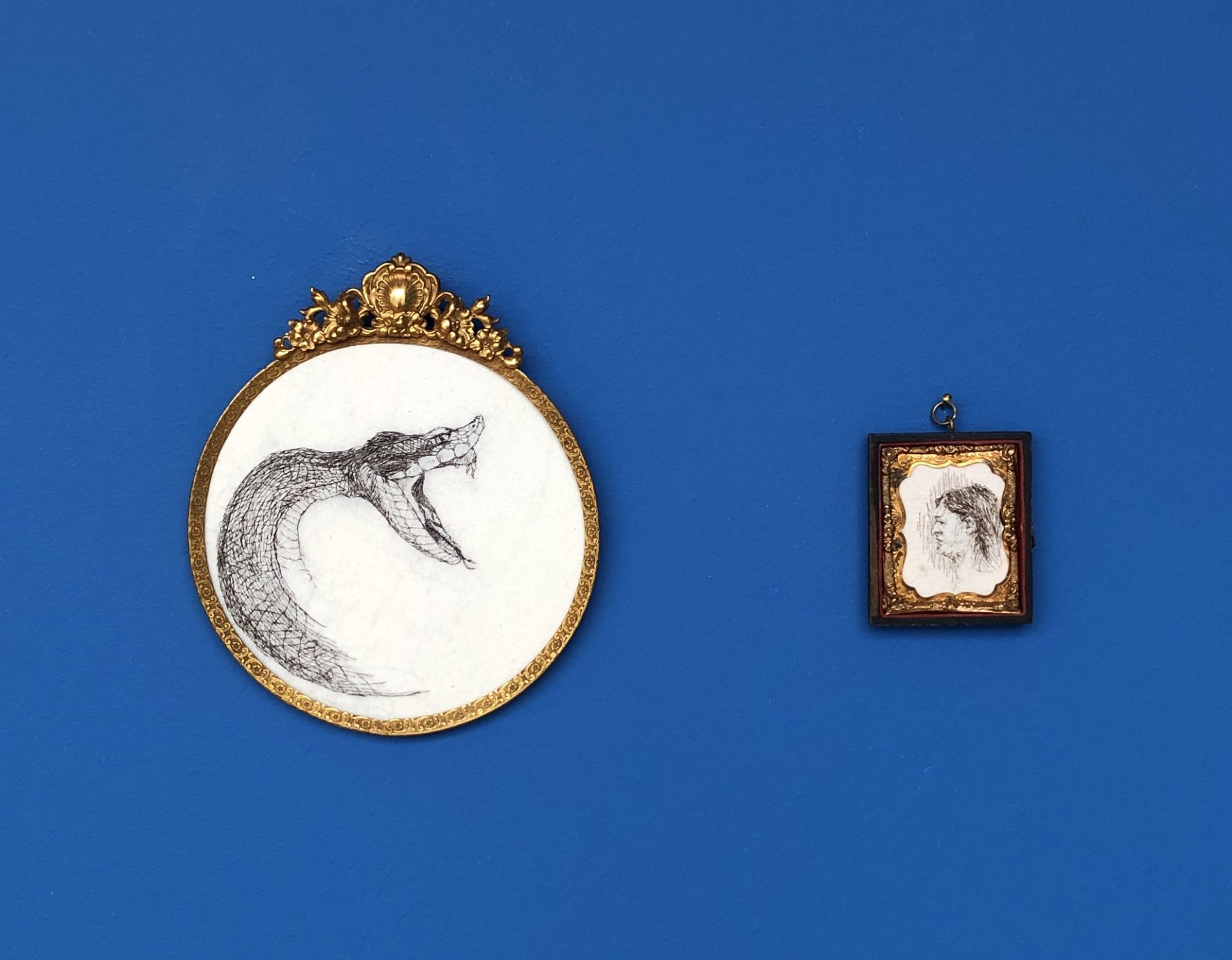 Mary Oliver, from A Thousand Mornings

I go down to the Shore

I go down to the shore in the morning

and depending on the hour the waves

are rolling in or moving out,

and I say, oh, I am miserable,

what should I do? And the sea says

in its lovely voice:

Excuse me, I have work to do.

Poem of the One World

was floating along above the water

and then into the sky of this

we all belong to

is a part of everything else

which thought made me feel

for a little while 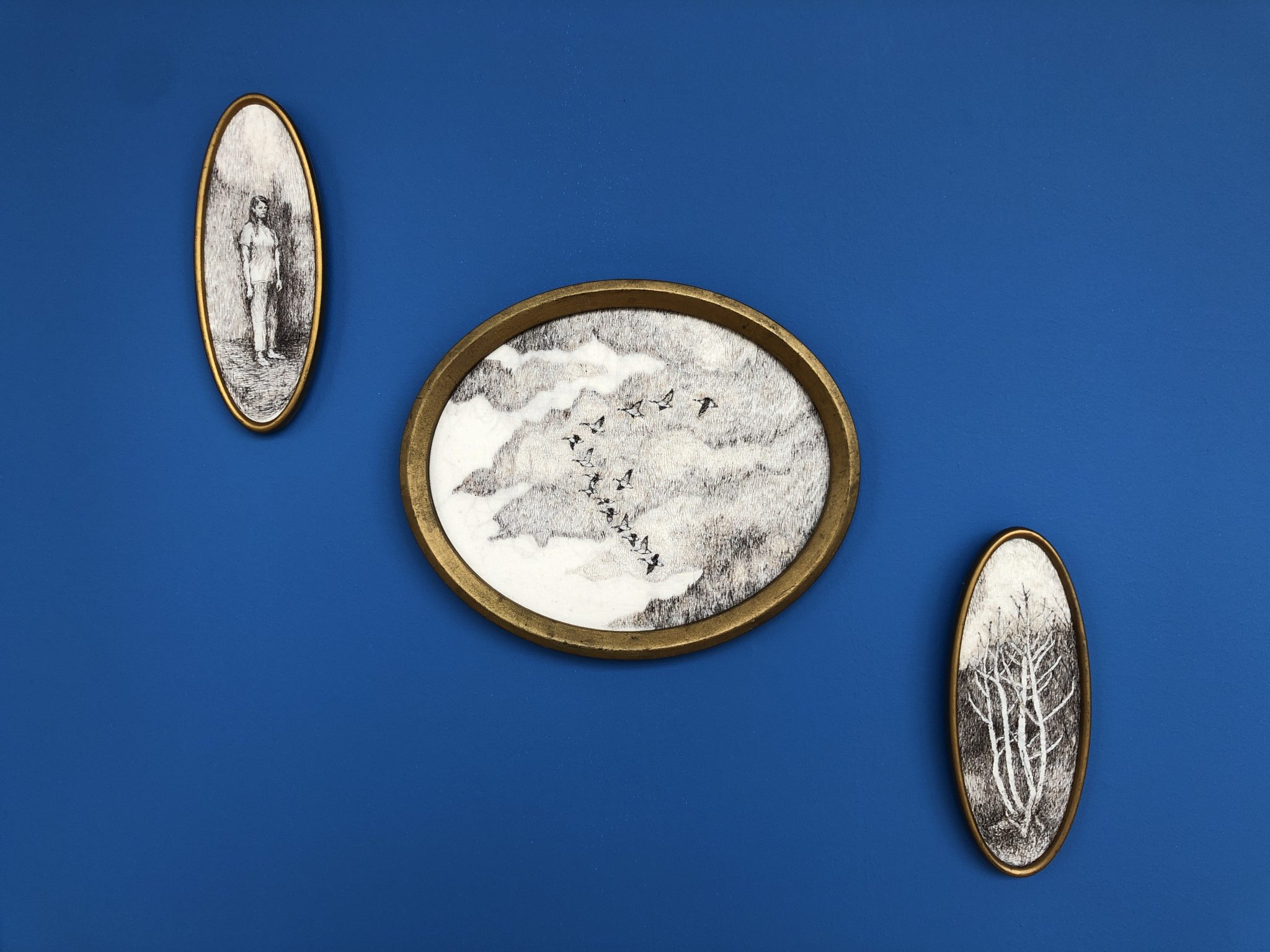 Self with Brothers’ Tree and Geese

Understand from the first this certainty. Butterflies don’t write books, neither do lilies or violets. Which doesn’t mean they don’t know, in their own way, what they are. That they don’t know they are alive- that they don’t feel, that action upon which all consciousness sits, lightly or heavily. Humility is the prize of the leaf-world. Vain-glory is the bane of us, the humans……

Attention is the beginning of devotion…..

You must not ever stop being whimsical,

And you must not, ever, give anyone else the responsibility for your life.

Form is certainty. All nature knows this, and we have no greater advisor. Clouds have forms, porous and shape-shifting, bumptious, fleecy. They are what clouds need to be, to be clouds. See a flock of them come, on the sled of the wind, all kneeling above the blue sea. And in the blue water, see the dolphin built to leap, the sea mouse skittering; see the ropy kept with its air-filled bladders tugging it upward; see the albatross floating day after day on its three-jointed wings. Each form sets a tone, enables a destiny, strikes a note in the universe unlike any other. How can we ever stop looking? How can we ever turn away? 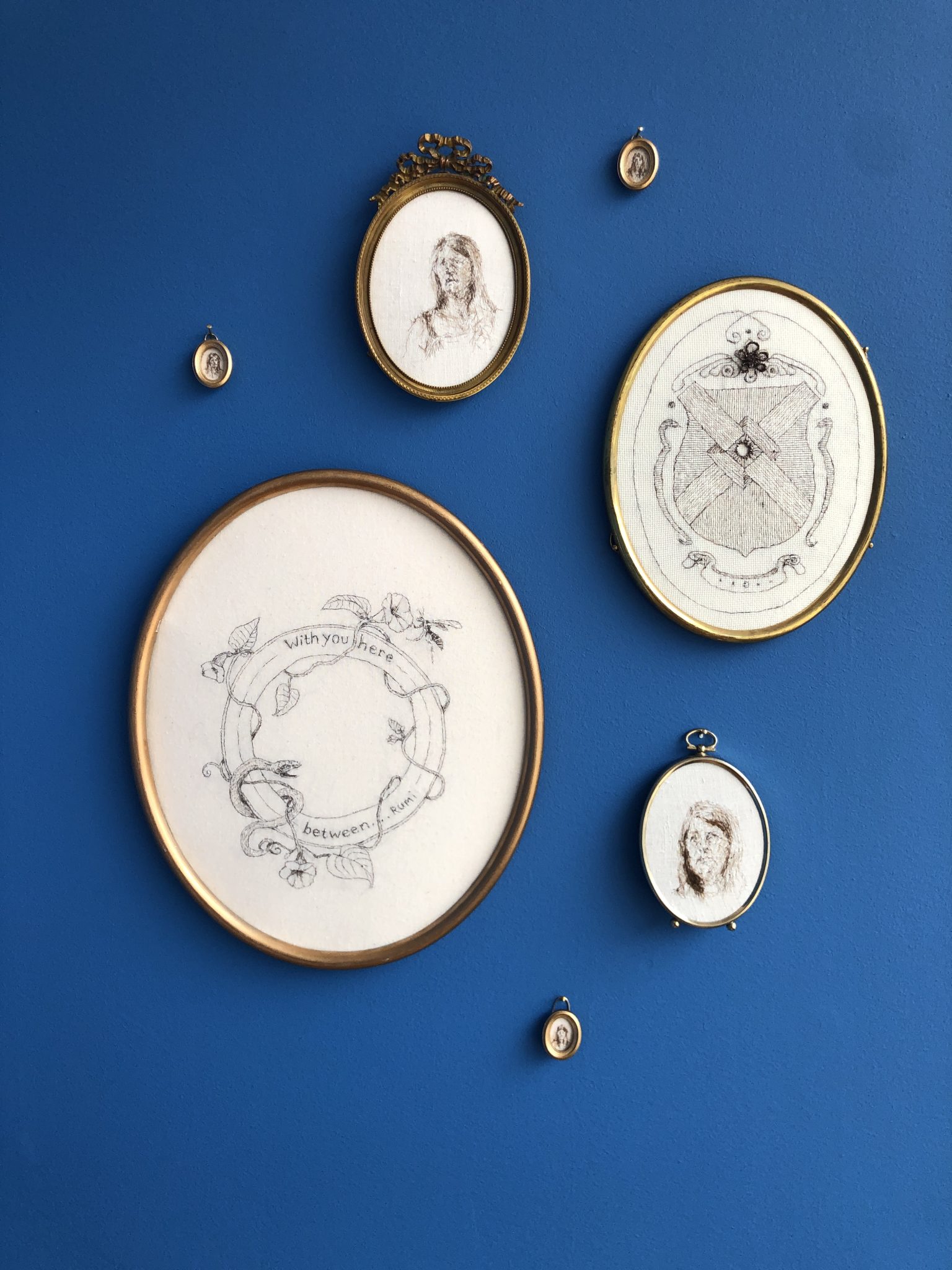 With You Here Between, Personal Coat of Arms, and Self-Portraits

Rebecca Solnit, from A Field Guide to Getting Lost

The world is blue at its edges and in its depths. This blue is the light that got lost. Light at the blue end of the spectrum does not travel the whole distance from the sun to us. It disperses among the molecules of the air, it scatters in water. Water is colorless, shallow water appears to be the color of whatever lies underneath it, but deep water is full of this scattered light, the purer the water the deeper the blue. The sky is blue for the same reason, but the blue at the horizon, the blue of the land that seems to be dissolving into the sky, is a deeper, dreamier, melancholy blue, the blue at the farthest reaches of the places where you see for miles, the blue of distance.  This light that does not touch us, does not travel the whole distance, the light that gets lost, gives us the beauty of the world, so much of which is in the color blue.

We treat desire as a problem to be solved, address what desire is for and focus on that something and how to acquire it rather than on the nature and the sensation of desire, though often it is the distance between us and the object of desire that fills the space in between with the blue of longing. I wonder something whether with a slight adjustment of perspective it could be cherished as a sensation on its own terms, since it is as inherent to the human condition as blue is to distance? If you can look across a distance without wanting to close it up, if you can own your longing in the same way you own the beauty of that blue that can never be possessed? 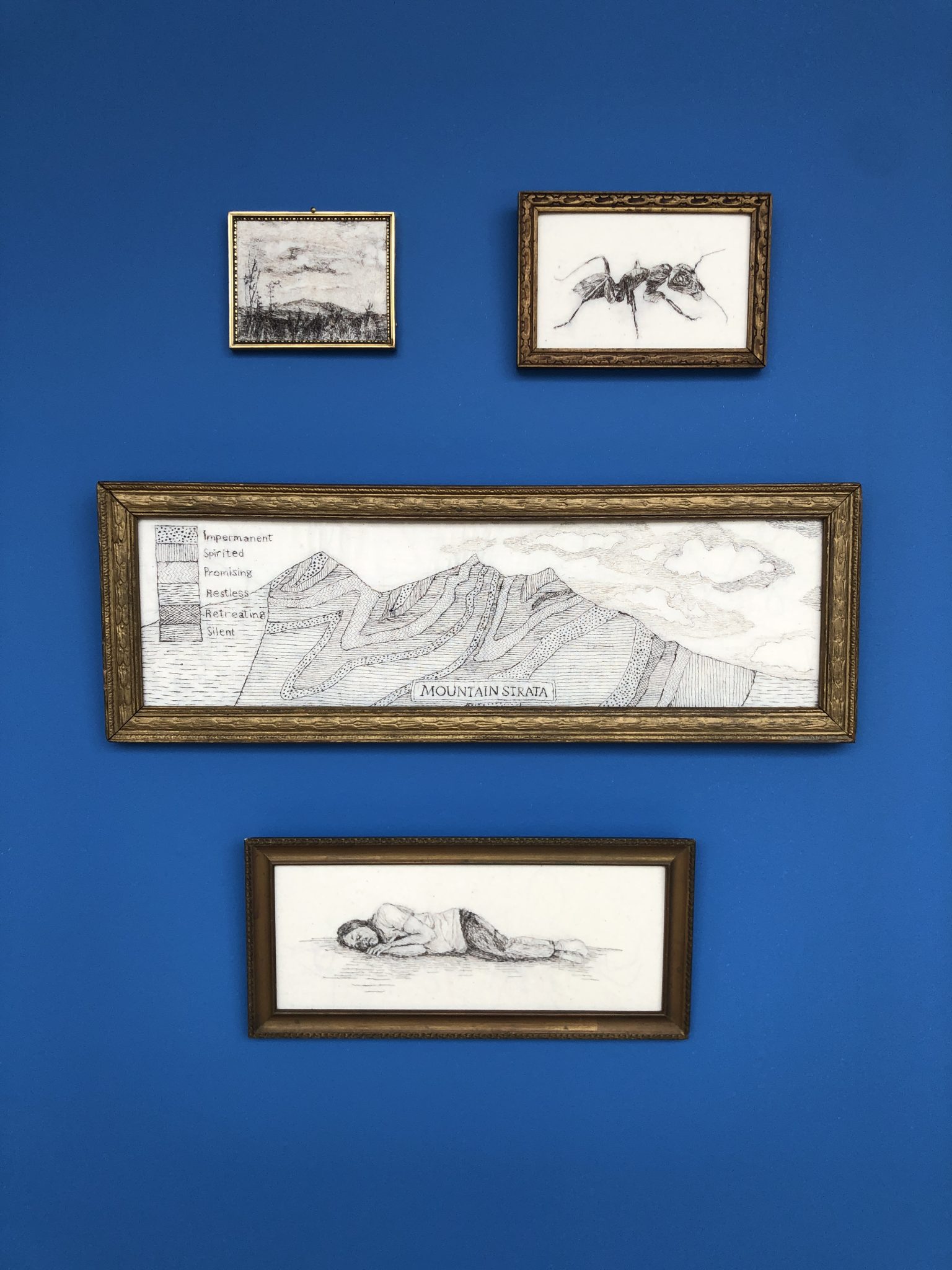 Robert MacFarlane, from The Wild Places

Edward Thomas was, from a young age, a walker, both by night and day. In his mid-twenties, when he was suffering from depression, he would often set off on long walking tours, alone, in the march-lands of Wales and England. Like so many melancholics, he developed his own rituals of relief, in the hope that these might abate his suffering, and that he might out-march the causes of his sadness.

We have in many ways forgotten what the world feels like. And so new maladies of the soul have emerged, unhappinesses which are complicated products of the distance we have set between ourselves and the world. We have come increasingly to forget that our minds are shaped by the bodily experience of being in the world- its spaces, textures, sounds, smells and habits- as well as by genetic traits we inherit and ideologies we absorb.