All events are free and open to the public.

In 2022, Catherine Smith was named ArtsWorcester’s Present Tense Prize Winner. This prize recognizes an artist whose work exemplifies new practices, artistic risk-taking, and excellence in execution. Prize winners are rewarded with a solo exhibition and a $1,000 honorarium. The Present Tense Prize is generously supported by Marlene and David Persky and the Artist Prize Fund.

Objects that are not like everyday things, because they are associated with death threaten order and our sense that we control our environment (p. 117, Death, Memory & Material Culture). Remains, such as hair and bone, are potent reminders of the frailty of life.  Yet, in the 19th century, mourners sought closeness with the deceased by weaving their hair into jewelry and wreaths. Bringing both the sadness of a constant reminder of loss and the comfort of the memento, many hoped the presence of these relics of the human body would eventually help them overcome the pain of separation. As we reevaluate our position of dominance over the nonhuman world on cultural, political and personal levels, we examine our relationship with animal death.

Animals have been our partners for thousands of years. Many cultures have revered them in life and mourned them in death, as well as memorialized them through mummification, ritual burial, and the construction of monuments. Ancient Egyptians mourned and embalmed their cats and buried them in special cemeteries along with food for the afterlife. Members of cultures who relied on hunting for their survival honored their prey with rituals before the hunt and, after, with burials and monuments. For Hindus and Buddhists, both animals and humans have a soul and an afterlife and are mourned equally. The Jindaiji Pet Cemetery in Japan provides shelves for grievers to place remembrances of their deceased pets. In the US, the earliest pet cemetery is Hartsdale in New York established in 1896, where over 80,000 pets have been lovingly buried and commemorated.

But what of the deaths of countless unnamed animals? Much is written about the lack of shared mourning practices in contemporary culture. What can be lost is a way of connecting the past with a more enlightened and hopeful future.  For biologist Donna Haraway, “killing sentient animals is killing someone, not something; knowing this is not the end but the beginning of serious accountability into worldly complexities” (p. 106, When Species Meet). If we acknowledge some of the harsher realities of our relationships with animal death, we can find ways to minimize the negative impact we have on nonhuman life. Honoring and mourning creatures can be part of moving forward.

In 1887, Eadweard Muybridge, better known for his images of racehorses running at full speed, completed his series of Dread, an English mastiff, engaged in a typical lumbering run. By setting up cameras at regular intervals, he was able to capture the dog’s even gait. Dread Running: A Memorial to Lost Dogs is comprised of 44 reliefs using Muybridge’s eight images as an inspiration for the implied movement. Each piece is made from the remains of shelter animals. The ashes and bones—retrieved from the waste bin in back of the shelter—have been mixed with a clear glaze and fired in a kiln to fix the shape. Like Victorian hair wreaths, the individual pieces are relics of lost lives. When combined, they form a memorial to honor these animals—some old, some newly born, some unwanted and some lost but once loved ferociously.

Catherine Smith, born in Washington, D.C. in 1950, grew up exposed to national news on a daily basis and abundant free art museums from an early age, leading to an interest in both politics and art. She pursued an art degree in painting, which unfortunately led to office work in printing companies that afforded little creative outlet. At age 35, she changed direction and moved to Chicago to attend the School of the Art Institute of Chicago, eventually receiving an MFA in sculpture, preferring the physicality of working in three dimensions. Her love of installation work and embrace of the idea that art can relate to wider social and political issues led to solo, group and collaborative exhibitions in numerous museums and galleries over more than thirty years. She spent twenty years teaching sculpture, drawing and design at a college in Flint, Michigan. After retiring, she moved to Worcester and has maintained a studio there for the last ten years. 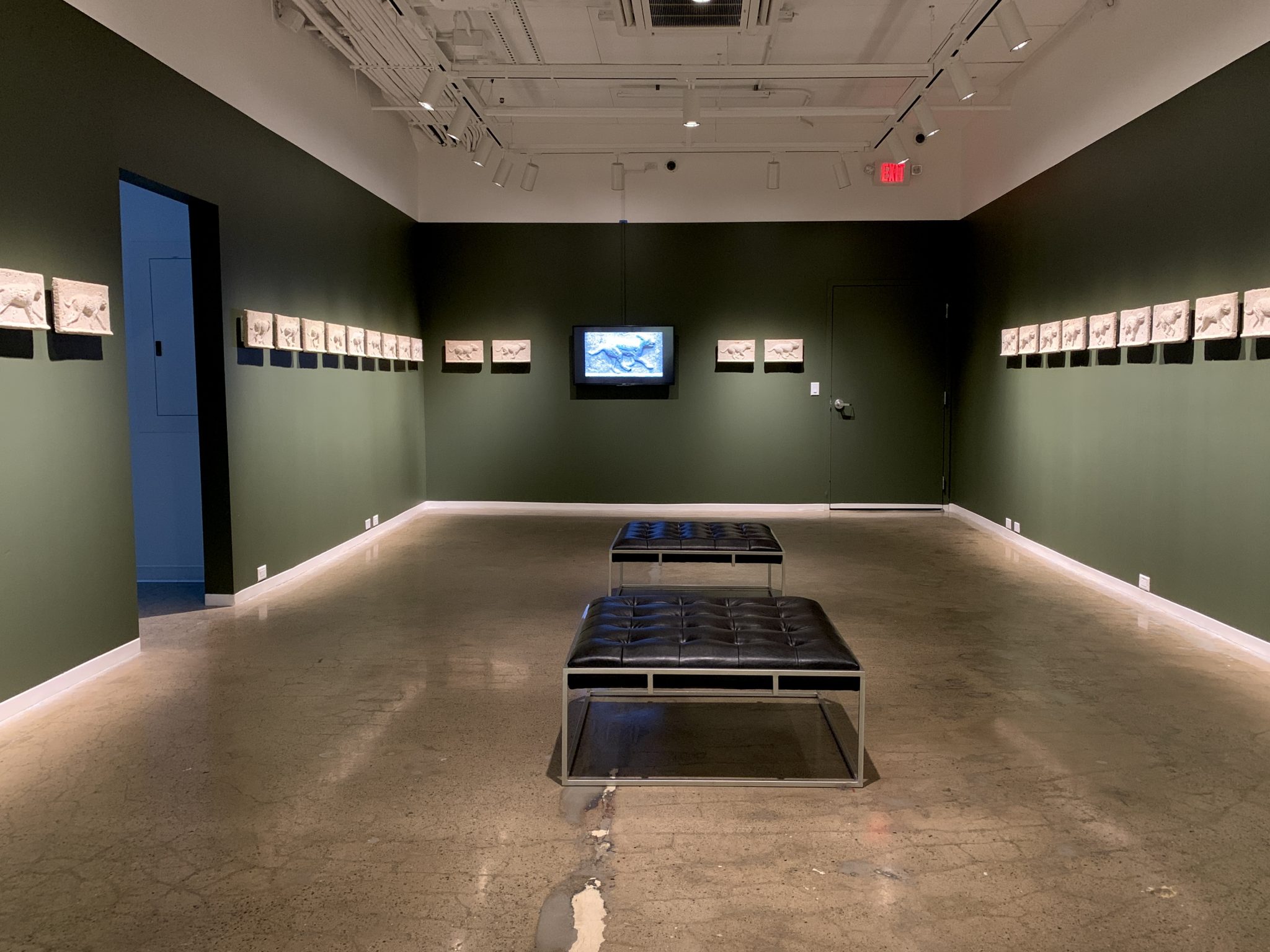 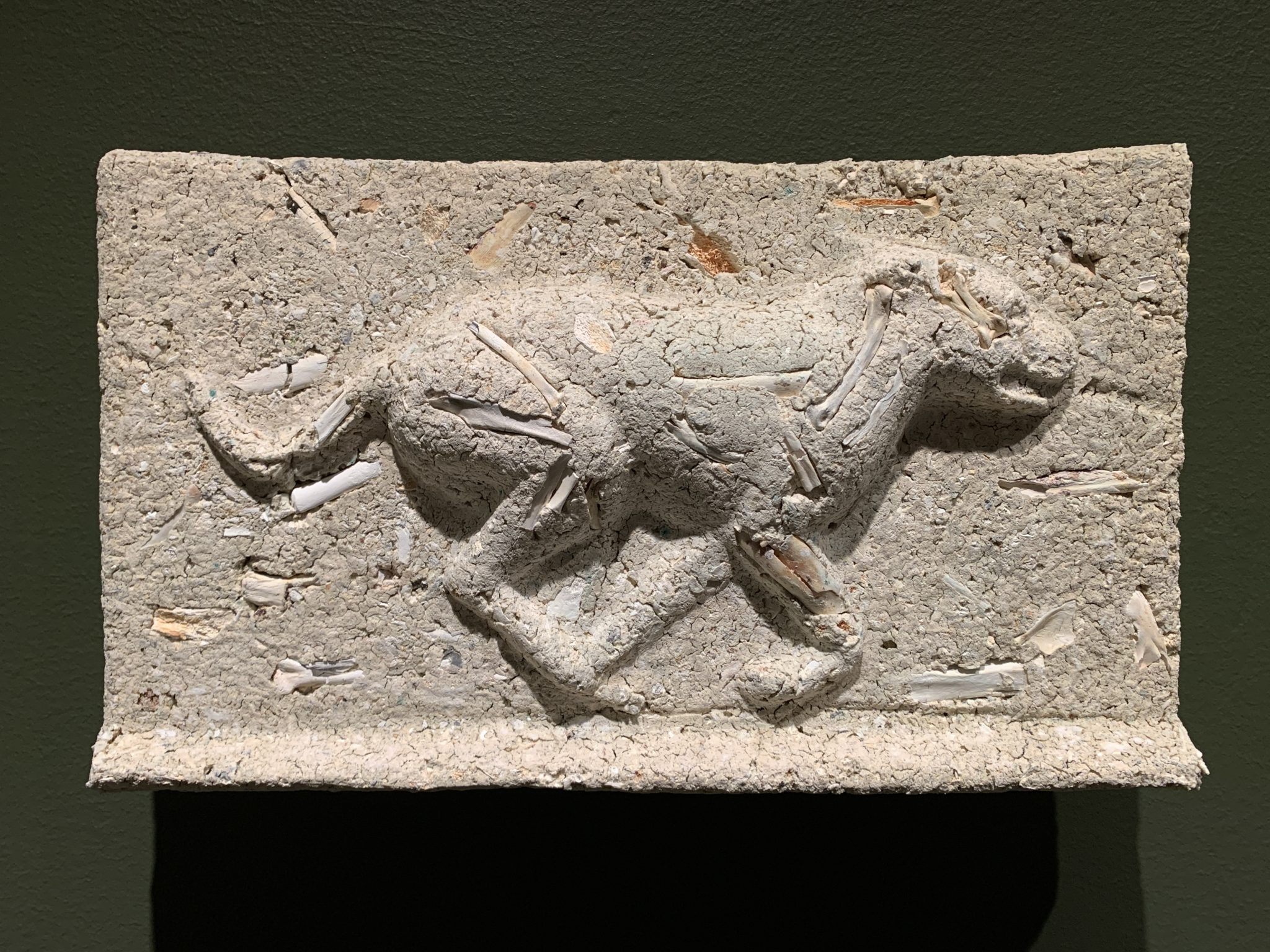 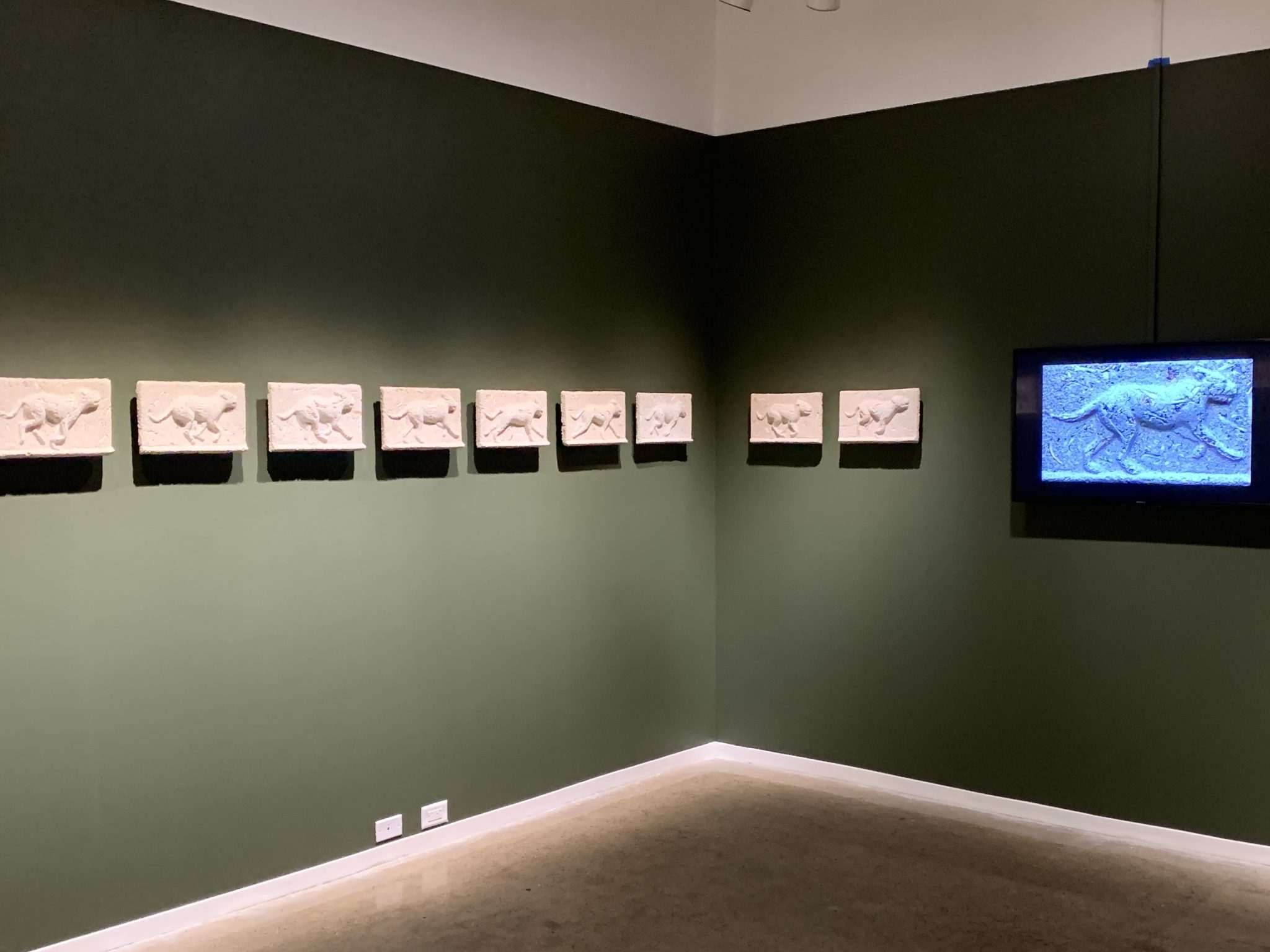