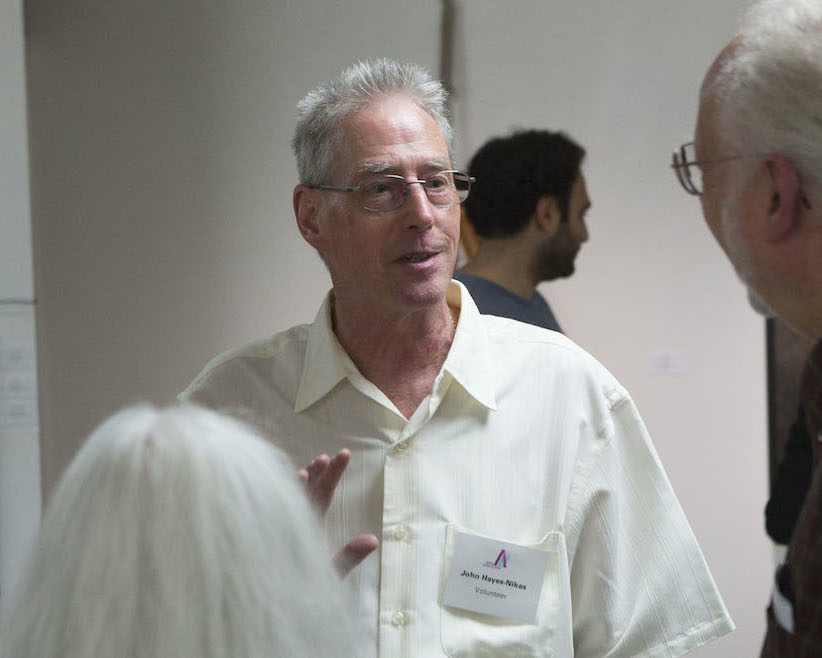 When did art become a pursuit for you?

Art became a serious pursuit for me in 1973 during my junior year of college. I was selected by the art department administration as the single student from my class to study abroad at the University of Mexico. I knew I had some skills and abilities with drawing and painting, and after being affirmed by the committee I realized that I could make art-making a serious career focus.

Are you self-taught or formally educated in visual art?

I would have to say that I was initially self-taught with regards to drawing, and once in college I was given the opportunity to paint. But, it’s sad to say, there wasn’t much instruction at any level. I ended up drawing with paint, in fact I still do to this day. With regards to printmaking, I needed a lot of instruction for the various mediums of lithography, intaglio, and screen printing.

How did you first become involved with ArtsWorcester?

I had recently been reacquainted with an old high school student of mine, Sarah Williams. She is a practicing artist and teacher, and at the time was having a solo exhibition at ArtsWorcester. When I arrived at the opening I was met by someone who I also had recently become friendly with, Stephen DiRado. He introduced me to other artists that night, told me I, “really should join Arts Worcester,” and then introduced me to Juliet Feibel. After confessing how starved I had been without like-minded people or artists, she encouraged me to sign up that evening.

What medium do you currently work in, and how did you choose this medium?

For the past three and a half years I have been working on a series of black and white drawings. The media that have found their way into the series are graphite, ink, tempera, and enamel. With the illusionary spaces that I create, omit, cancel, and negate, those seem to be the best materials. At this stage in the series, color would bring an element that would redirect the path I am on, and I simply do not want to use it. On the other hand, my paintings have oil paint, enamel, charcoal, graphite, and wax. With my paintings I want a physical texture, and with my drawings I want spatial illusion and contradiction.

What is your creative process?

My art comes from a mysterious place. I know it to be a spiritual place, but I do not know too much about it to put into words. It is an inside-out process of creativity. I see my process as similar to making imagery, where I attempt to capture the ever elusive invention of deep, shallow, and contradictory space, coupled with frenetic linear application. The imagery may come from earth energy, it may be architectonic, but above all it has to do with perceiving space that is there, was there, and is not there: lines that are drawn and erased.

My work resides somewhere between the imagined and the perceived. I do not work directly from nature, yet I am beholden to it. I am driven by the visual interplay of space, and how one can perceive it usurping a plane in the picture in one location, and contradict it elsewhere.

How do you choose your subject matter? Are there themes that recur throughout your work?

I work primarily with nonfigurative subjects like lines, rectangles, energetic scribbles, and soft edges. However, that is not to say there is no subject. My imagery is my attempt to capture the perceived sense of deep, shallow, and contradictory space that may be supported with energized line work or a vanishing blur. Quite often the imagery stems from specific places I have visited, earth energy, or it may be seen in the form of an opening, egress, portal, departure, emergence, or exit.

What living artists are you inspired by?

I can’t think of any living artist who inspires me per se. I am inspired by the work, work ethic, and production of many ArtsWorcester members, but that does not directly find a way into my imagery.

Do you own any art by other artists?

What other media or directions would you like to explore?

I would love to see a small suite done in lithography. That would be luscious. 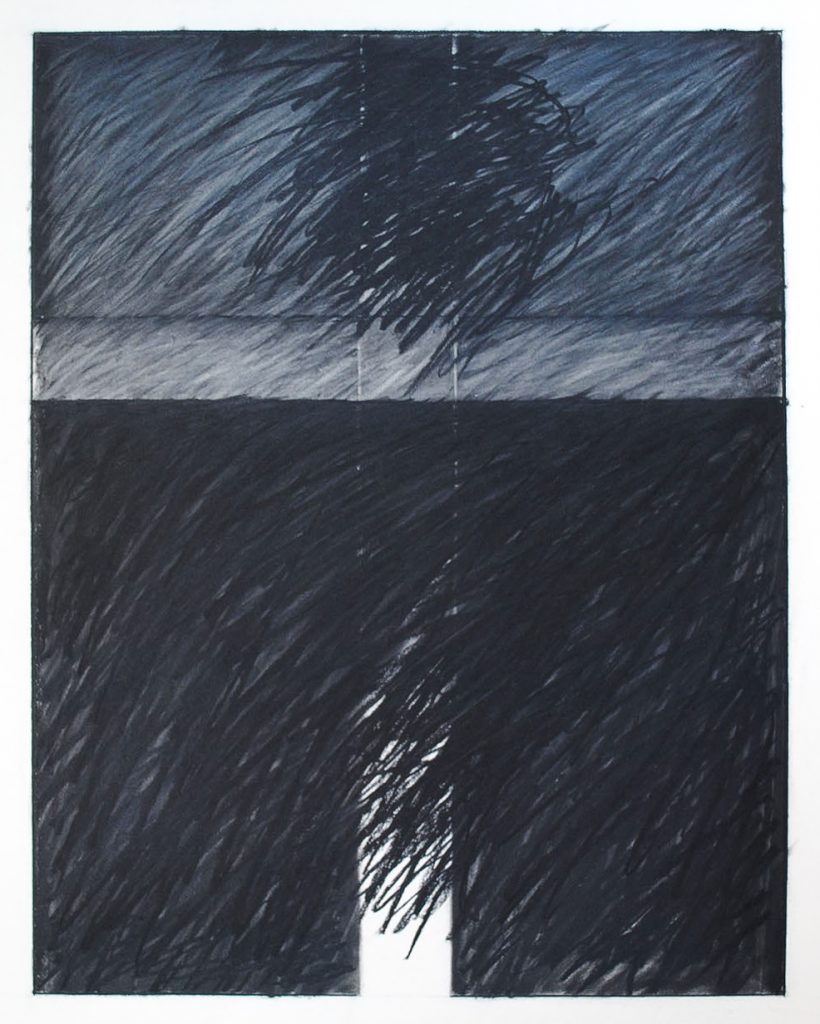